Take a look behind the curtains and see what it takes to bring Corteo by Cirque du Soleil to life!!! 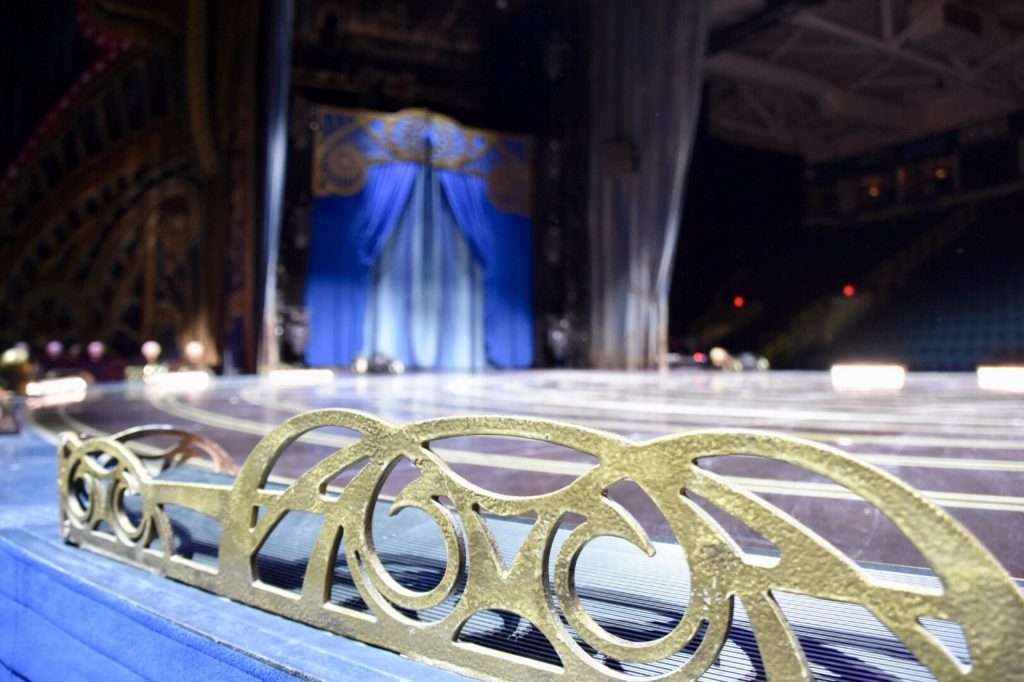 Corteo, which means “cortege” in Italian, is a joyous procession, a festive parade imagined by a clown. The show brings together the passion of the actor with the grace and power of the acrobat to plunge the audience into a theatrical world of fun, comedy, and spontaneity situated in a mysterious space between heaven and earth. This beloved show started out in the big top before being redesigned into an arena show in 2016. Before I give you my thoughts on the show, I had the chance to go backstage and see just what it takes to bring this show to life! 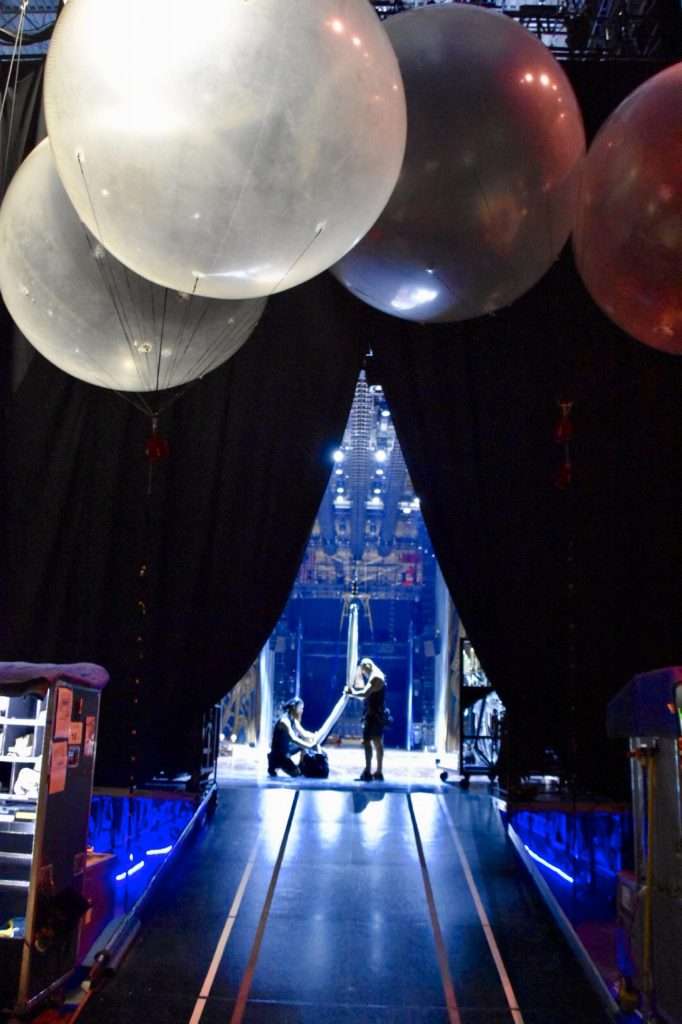 This show is like a rock concert. The show is brought into the arena on 25 trailers including the massive stage, lights, set, costumes and everything else needed to keep this show going. They set up the show, rehearse, perform, and then tear down the show before moving onto the next show! I had the fun opportunity to go backstage and look at what really goes into these shows just for the OFF On The Go viewers!

We started out by taking a backstage look at the props, sets, and the rigging. The stage is a first of a kind for Cirque, which places the audience on two sides looking through at the action to the other side of the arena. This allows the viewers to not only witness the acts but see the reaction of the crowd at the same time. The stage has two different backstage areas where the props, performers, and sets live. One of the most iconic pieces from the show are the helium balloons that are used during part of the show which transport one of the performers to have hands-on interaction with the audience. 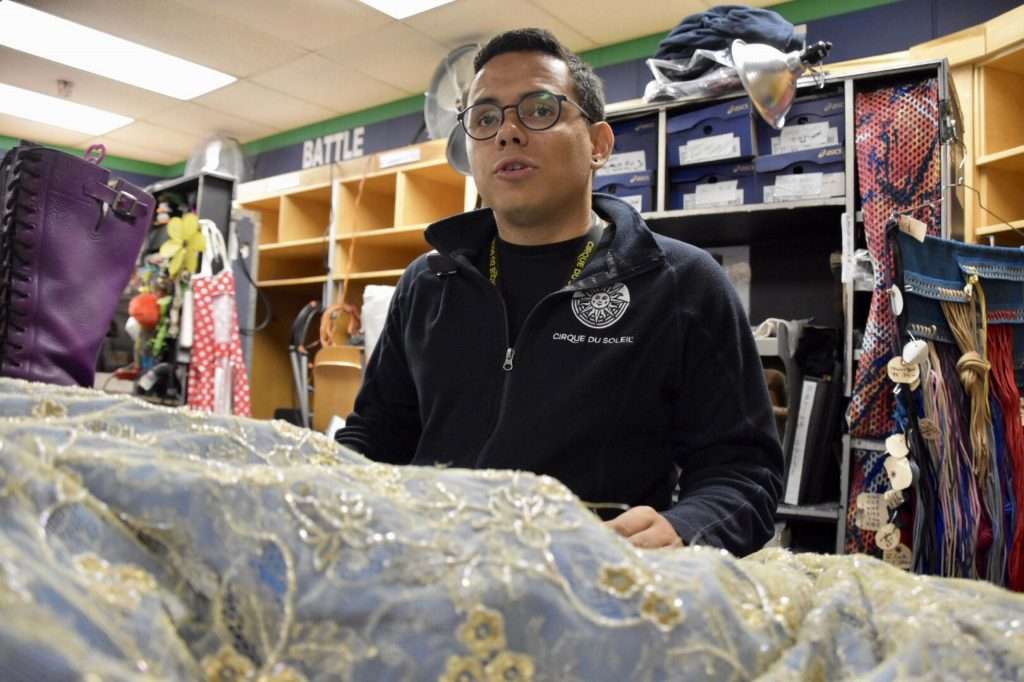 We then went a checked out the costuming and makeup department. This department is in charge of keeping the costuming looking like they are brand new for each and every performance. Cirque du Soleil is known for their intense shows and lavish sets and costumes. Just because this is a touring show doesn’t mean that Cirque is not holding them to the same standard as a big top or residency show. Performers are in charge of their own makeup and can take upwards of an hour to apply to themselves for each performance.

Speaking of performers, we then watched the performers practice before the show. Just because the show is happening sometimes twice daily doesn’t mean that they don’t condition and practice their acts on a daily basis. I was surprised to see that most performers will workout and practice upwards of 6-8 hours daily on top of their performance time. We got a chance to watch the newest act to Corteo, which showcases a pole dance that is suspended above the stage. This act is the perfect mix of danger and beauty which left the entire crowd speechless for her entire set.

Now that I gave you a glimpse backstage, let’s talk about the show in general! 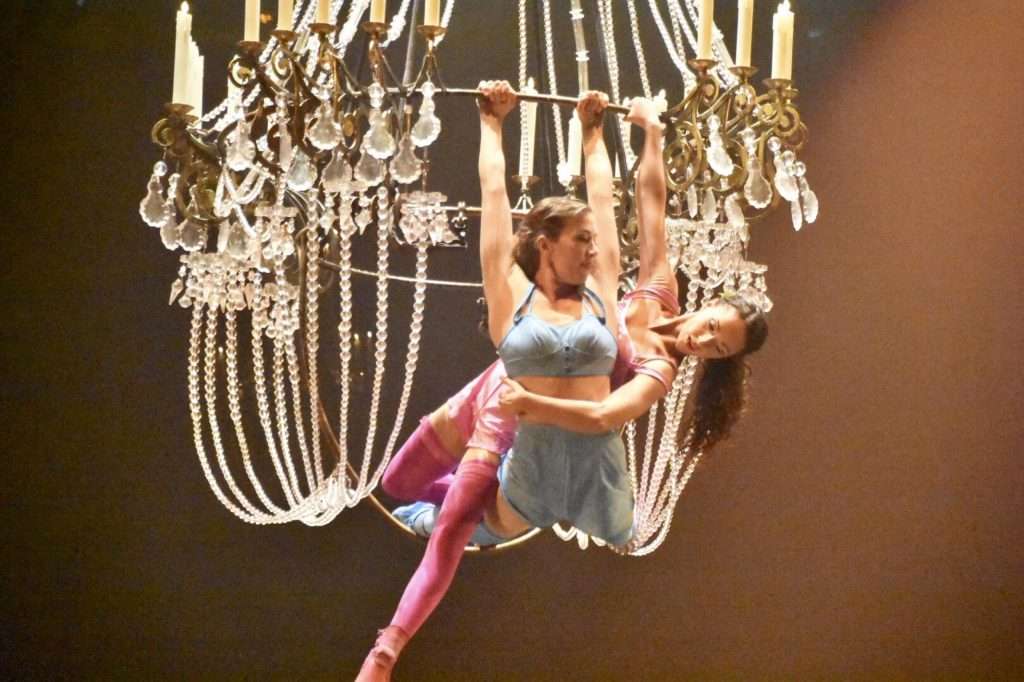 If you have never seen a Cirque du Soleil show, then what are you doing with your life? No Seriously, I have seen around 15 shows and I have been blown away by each and every one of them for a different reason. Corteo has been seen by over 8 million people since it first opened in 2005, but there is a reason to come back regardless if you have seen the show or not. Cirque does a great job at adding acts to shows to keep them fresh and new so if you saw it before, there is a good reason to come see it again!

The storyline of Corteo showcases a clown who is picturing his own funeral taking place in a carnival-like atmosphere which is being watched over by angels. The show has a great mixture of action, humor, romance, and of course beauty that each show is known for in the Cirque arsenal.

Corteo highlights the strength and fragility of the clown, as well as his wisdom and kindness, to illustrate the portion of humanity that is within each of us. The music, by turns lyrical and playful, carries Corteo through a timeless celebration in which illusion teases reality. Overall, the show was phenomenal and left the crowd wanting more! If Corteo comes to your town, make sure you get tickets to see it while its there!

To learn more about Corteo and to see if it will be coming to your town, make sure you check out their website here!