Fiddler On The Roof opens to standing ovation in Orlando! 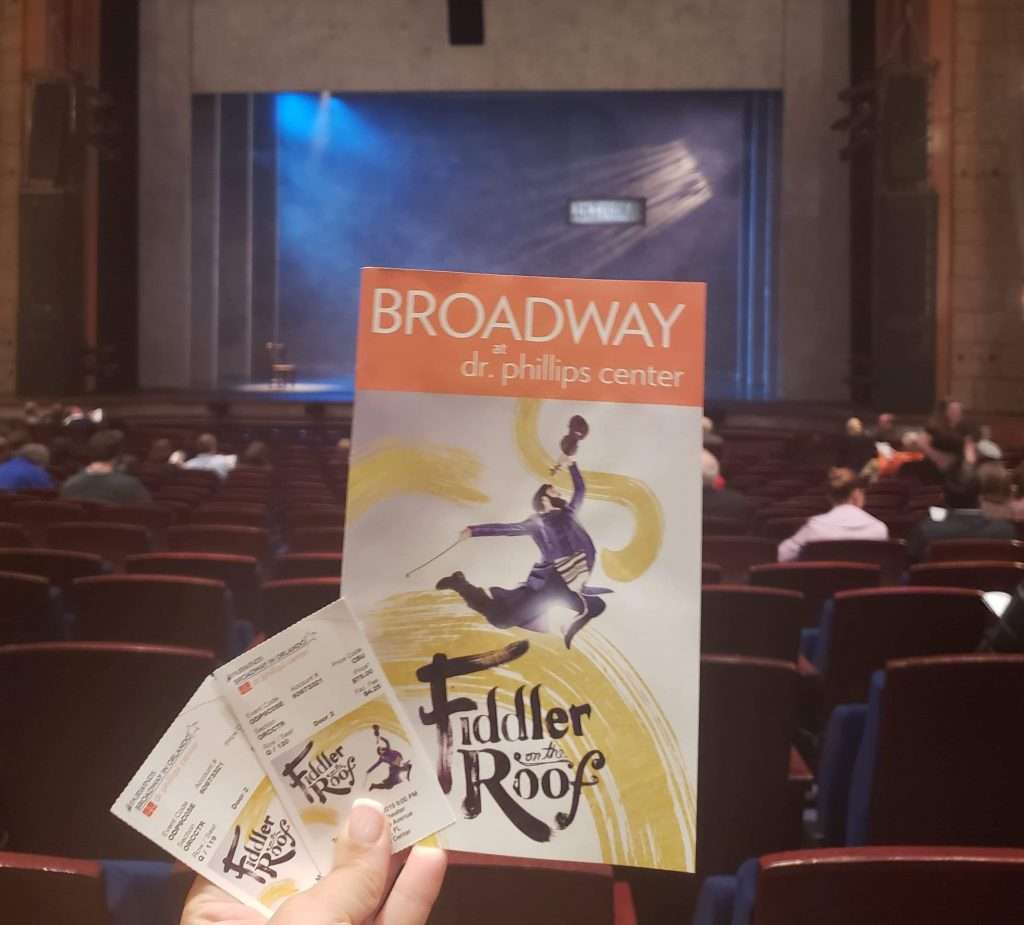 On The Other Hand, The Good Book Says, “Fiddler on the Roof” Is a Must See this Broadway in Orlando Season!

Mazel Tov! Fiddler on The Roof has opened at the Dr. Phillips Center and I could not be happier. FOTR tells us the story of Tevye, a poor Jewish milkman in Anatevka, a small Jewish village in Russia, and is centralized around the marriage of his 3 oldest daughters. A universally relevant story of trying to maintain cultural traditions in an ever-changing world (i.e. struggling to maintain your balance through change like a fiddler on a roof…see what they did there?), this poignant rendition of the heartwarming story of mamas and papas, sons and daughters, husbands and wives, and marriage and traditions did not disappoint. 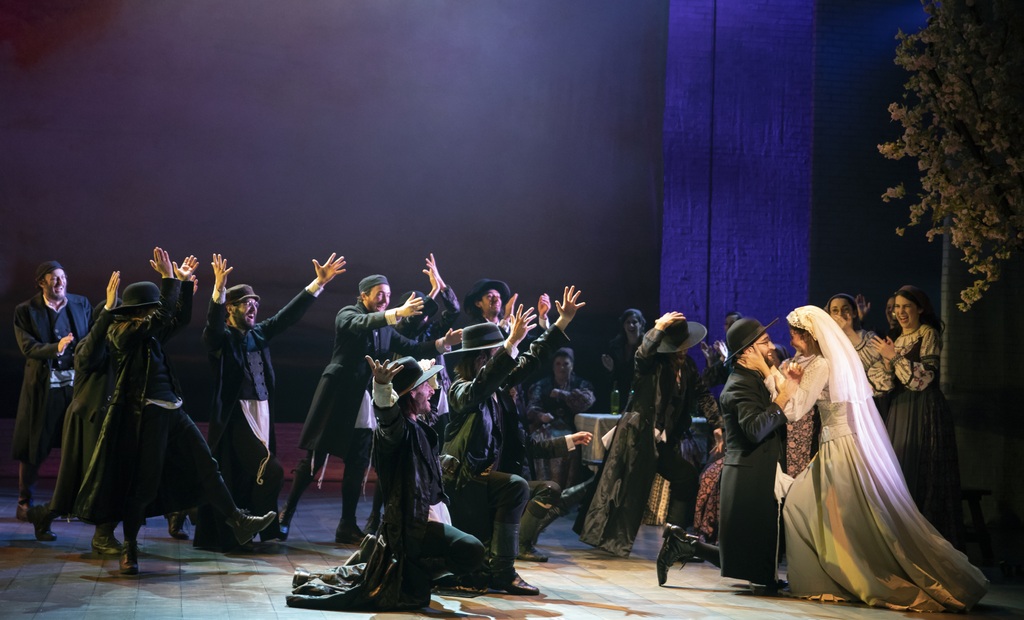 A musical is not a hit without great music, and you will find it hard not to sing along with the cast to songs including “Sunrise, Sunset,” “Matchmaker, Matchmaker,” and “If I Were A Rich Man,” to name a few. You may also find yourself dancing in your seat (or at least shrugging your shoulders) along to the stunning dance numbers from Israeli choreographer Hofesh Schechter. 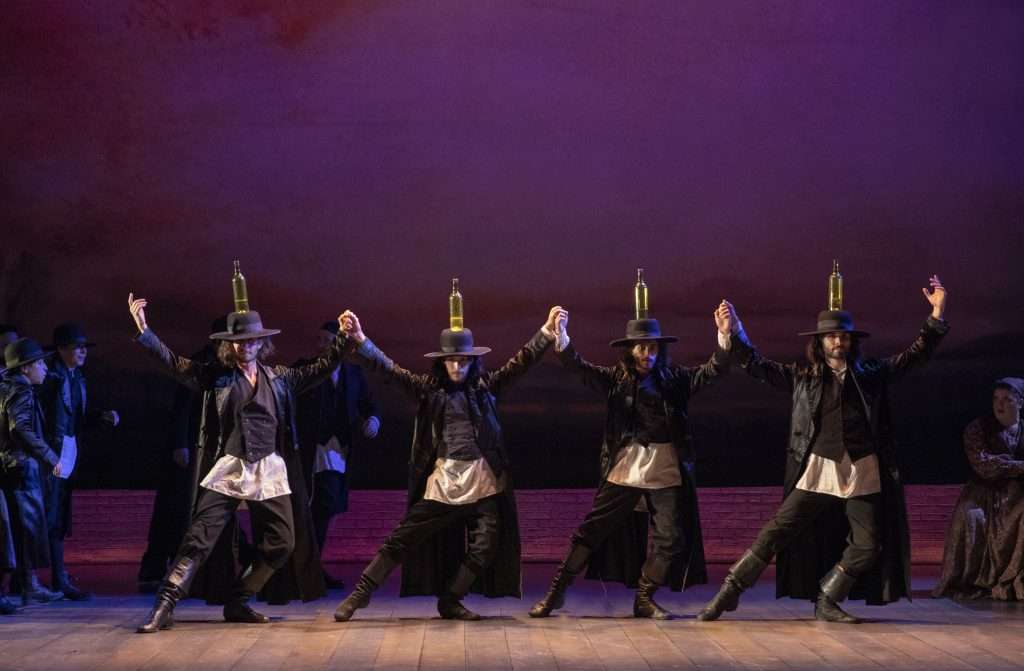 The real show stopper is Yehezkel Lazarov‘s rendition of Tevye. He is both hilarious and dramatic as the singing and dancing papa who speaks to God, and the audience, out loud. His comedic timing is beyond reproach, yet he is also able to bring the seriousness that the underlying political storyline deserves. His performance is one of the most memorable I have seen on Broadway in Orlando to date.

Not to be outdone, the rest of the cast are brilliant and refreshing in their portrayals of these spunky characters. And not to mention, the puckish Fiddler who delivered his message, not a word spoken, in beautiful violin solos that were powerful in their own right. The orchestra was flawless in their amazing representation of the classic soundtrack. 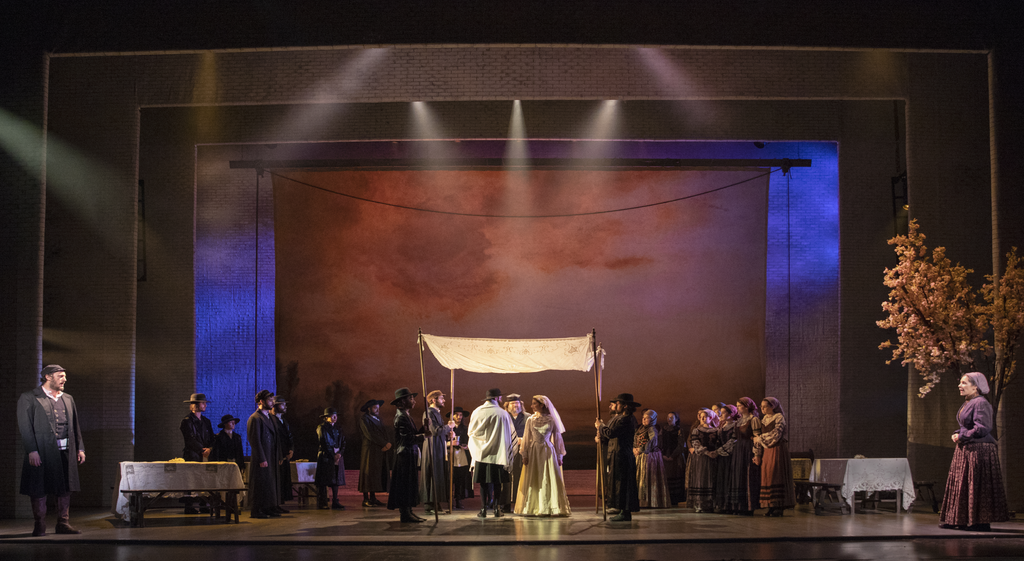 Running until March 10th, you will not regret seeing this visual and musical sensation. The cast and crew bring authenticity and joy to the stage that will have you, too, raising a toast, to love and to life, “L’Chaim!”