There are exciting new things popping up every day at the Walt Disney World Resort in Florida! Join us every week to read about what’s new “Around the Mouse.” This week’s Walt Disney World news update features: additions to Mickey’s Not-So-Scary Halloween Party, live entertainment changes at Epcot, a new Magic Kingdom parade and much more!

New! Mayhem at the Mansion App Added to Mickey’s Not-So-Scary Halloween Party: A new augmented reality app called Mayhem at the Mansion has been released for free via the iTunes store for use during the event. The app can be used to “capture” the three Hitchhiking Ghosts in the Magic Kingdom during the party by finding them with the help of an event map, and then “capturing” them using an iPhone’s camera. Then, guests are to “return” them to the Haunted Mansion. You can learn more at www.disneymansionmayhem.com as well as watch a demo video. Our agency owners are actually the talent you see in the video below!

New! More Villains Coming to Mickey’s Not-So-Scary Halloween Party: This year, the Disney villains are stepping out like never before during Mickey’s Not-So-Scary Halloween Party, featuring new and enhanced experiences. The popular “Villains Mix & Mingle – Live on Stage” returns to the Castle Forecourt Stage several times each night, with an unforgettable performance by beloved baddies from Disney films. Throughout the evening, guests interested in meeting their favorite Disney villains will now encounter them at locations around the park. Look for Jafar in Adventureland and the Queen of Hearts near Mad Tea Party in Fantasyland, while Lotso lurks near Buzz Lightyear in Tomorrowland. Another all-new feature of this year’s event, Club Villain, takes over The Diamond Horseshoe in Liberty Square with a wicked atmosphere, lively music, glowing décor, and appearances by Cruella De Vil, Dr. Facilier, Anastasia, Drizella, Lady Tremaine, and more! They are also introducing enhancements to Mickey’s “Boo-to-You” Halloween Parade, including the expansion of the Phineas and Ferb Creepa Crew pre-parade interactive experience to more of the parade route and the first-ever appearance of Wreck-It Ralph and Vanellope in the parade.

New! Villains’ Sinister Soiree Event Added to Mickey’s Not-So-Scary Halloween Party: Reservations are now open for this fun new event at Mickey’s Not-So-Scary Halloween Party: Villain’s Sinister Soiree: A Wicked Takeover of Cinderella Castle. For $99 per person (Age 3 and up), you will enjoy preferred viewing for Mickey’s “Boo-to-You” Halloween Parade and the HalloWishes Fireworks Spectacular. Then you will head to Cinderella’s Royal Table for devilish desserts and wicked entertainment in celebration of the villains’ favorite time of year. Lady Tremaine takes over Cinderella’s Royal Table after everyone has gone to bed, and she’s invited some of the most evil friends and special guests for a decadent dessert party (maybe you’ll see the Evil Queen, Maleficent, Cruella de Vil or Dr. Facilier?). Tickets for the soiree are limited and reservations recommended! Call 407-939-5262 – no online reservations.

New! Entertainment Changes Coming to World Showcase at Epcot:  Beginning this fall, Epcot will be refreshing the atmosphere entertainment around World Showcase with the addition of new acts and enhancements to some existing performances. New experiences debuting over the next several months will contribute to the rich mix of entertainment at Epcot, and provide fresh experiences for our guests. In the near future, you can look forward to enjoying a traditional Berber music and dance troupe in Morocco, a corps of dynamic flag-waving performers in Italy, a thrilling lumberjack-inspired show in Canada, a Celtic folk music ensemble at the United Kingdom, and more. We will all bid a fond farewell to Mo’Rockin’, Off Kilter, Spirit of America Fife & Drum Corps and World Showcase Players over the next few weeks. 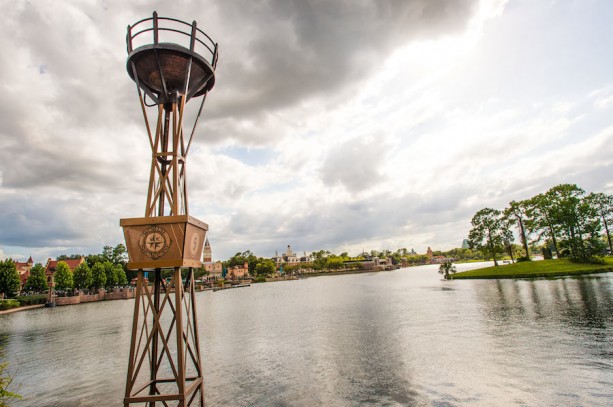 New! Meet Paul Briggs at Disney’s Hollywood Studios: On Friday, Aug. 29, meet Paul Briggs, Head of Story for Disney’s “Frozen” as well as the voice of Marshmallow. Paul’s other recent works include “Big Hero 6,” “Tangled” and “Mulan”. Paul will be on hand to sign “Frozen” inspired merchandise from 4 – 5 p.m. at Wandering Oaken’s Trading Post in Disney’s Hollywood Studios. Limit two (2) items signed per Guest per Artist. We ask that you bring no personal items to be signed. Appearances are subject to time and availability and are not guaranteed.

New! MEAC/SWAC Challenge Marching Band Showcase at Magic Kingdom: On Saturday, Aug. 30, a marching band showcase featuring the “Blue and Gold Marching Machine” from North Carolina A&T State University and the “Marching Maroon and White” from Alabama A&M University will take place at Magic Kingdom Park. This pre-parade steps off at 2:35 p.m., prior to “Disney Festival of Fantasy Parade” at 3 p.m. The bands represent the two schools participating in the 10th annual MEAC/SWAC Challenge Presented By Disney, a college football season kickoff between teams from Historically Black Colleges & Universities (HBCUs). The game airs Sunday, Aug. 31 at 11:45 a.m. on ESPN.

Reminder! Capt. Cooks at Polynesian Village Reopened: On Wednesday, August 13 the newly refurbished quick-service dining location reopened to Guests. Capt. Cook’s once again operates 24 hours each day, and is located on the first floor of the Great Ceremonial House. Dole Whip is not available at Capt. Cook’s, but it will be served in a new location at Disney’s Polynesian Village Resort, Pineapple Lanai, which is opening soon. The new menu includes a classic lobster roll served on a buttered bun. They’ve added blackened fish tacos, a noodle bowl (beef or shrimp) and delectable coconut curry meatballs. A new gourmet hot dog is slathered with garlic ketchup and mango relish. And crispy fried chicken and waffles, a hearty breakfast favorite that stays on the menu all day. The favorite hot beef ‘n blue sandwich stays as well as the pizzas, grilled chicken sandwich and house-made sushi, delivered from Kona Island upstairs. The breakfast favorite Tonga Toast is still on the menu, along with a new breakfast burrito with egg, bacon, potatoes and Cheddar cheese.

Reminder! Wine Pairings at Martha’s Vineyard at Disney’s Beach Club Resort: New late-afternoon wine pairings combine food and wine with a little enlightenment, with wine experts on hand to talk about what you’re sipping at Martha’s Vineyard at Disney’s Beach Club Resort. Upcoming dates are 4-5:15 p.m. September 4, September 25, October 2 and October 30. Wineries aren’t yet announced (the last one was France’s Louis Jadot), but the Disney chefs are having fun with pairing delicious food with whatever is poured. It’s an intimate setting – no more than 18 guests, and the conversation flows with the wine. Cost varies, but is in the $20-30 range for three wines paired with three small plates, and price depends on what’s being poured. For reservations, call 407-934-3833.

On Sept. 5 and 6, the Magic Kingdom Resort and Express beams will close at 2.a.m during Night of Joy. Watercraft and additional buses will be available to transport Guests to their destinations.

New! The Great Irish Hooley Returns to Raglan Road: The third annual Great Irish Hooley returns to Raglan Road Irish Pub & Restaurant at Downtown Disney over Labor Day weekend, promising days of Irish fun! The “hooley” is a traditional Irish social festival and Raglan Road will celebrate theirs with live music, traditional dancing and delicious Irish fare. Live music begins at 4 p.m. Friday, Aug. 29 and at Saturday, Aug. 30 through Monday, Sept. 1, continuing each day and night. Looking to stretch your legs and put your dancing shoes to good use? Free workshops, “From Our Roots to Riverdance,” will be available Saturday-Monday, led by renowned Irish dancer and choreographer Ronan McCormack of the original Riverdance cast. The Raglan Road dancers will also be on hand to give traditional “ceili” (kay-lee) dancing entertainment and tips. Join in on the fun Aug. 29-Sept. 1 and visit www.thegreatirishhooley.com for more information.