Supercross just made some huge announcements for the 2018 season including a return to Tampa! 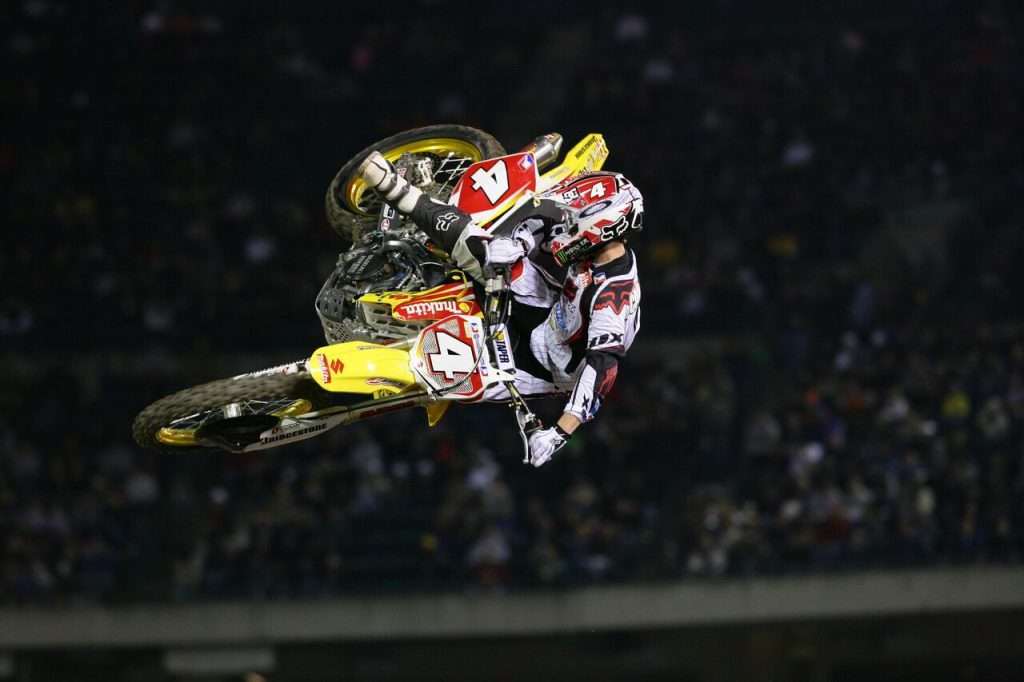 The one million dollar grand prize was just awarded to Marvin Musquin just a few days ago but that didn’t stop the Feld Produced Supercross from making some huge announcements for the upcoming 2018 season! Let’s take a look at the huge press conference announcements that were just made from the Raymond James Stadium in Tampa, Florida! 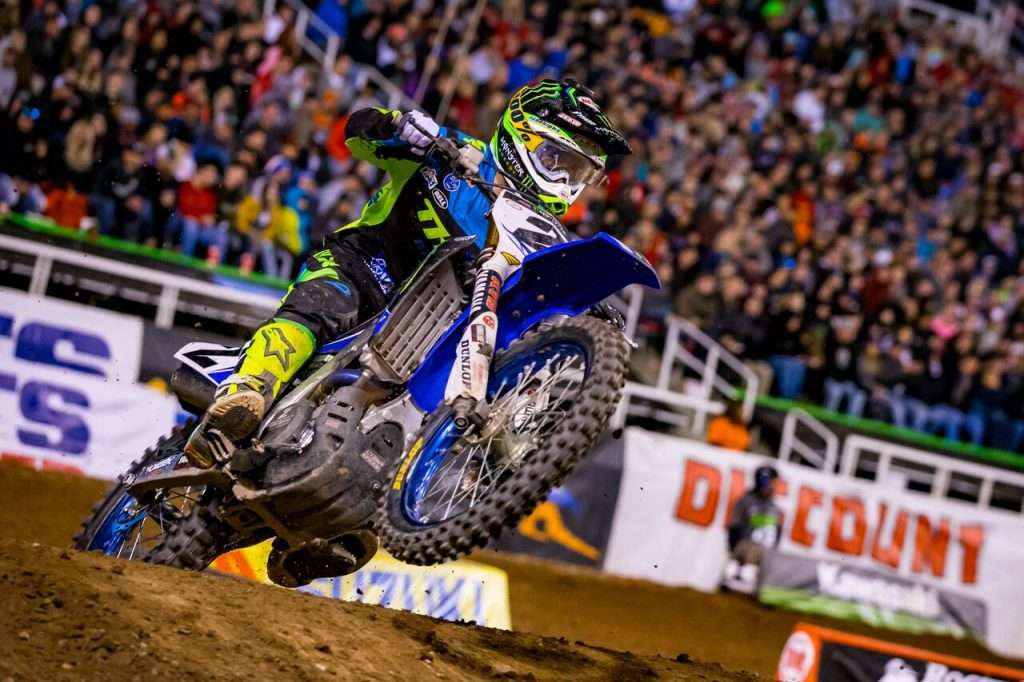 First off, Supercross fans in the Tampa area rejoice! The first major announcement is that after a more than 20-year absence, Supercross will return to Tampa’s Raymond James Stadium! Monster Energy Supercross, presented by Feld Entertainment, will return to Tampa’s Raymond James Stadium during the 2018 season on Saturday, Feb. 24. Supercross is the premier off-road motorcycle racing series on the planet, attracting the world’s top professional riders such as Marvin Musquin, Cooper Webb, and Joey Savatgy. 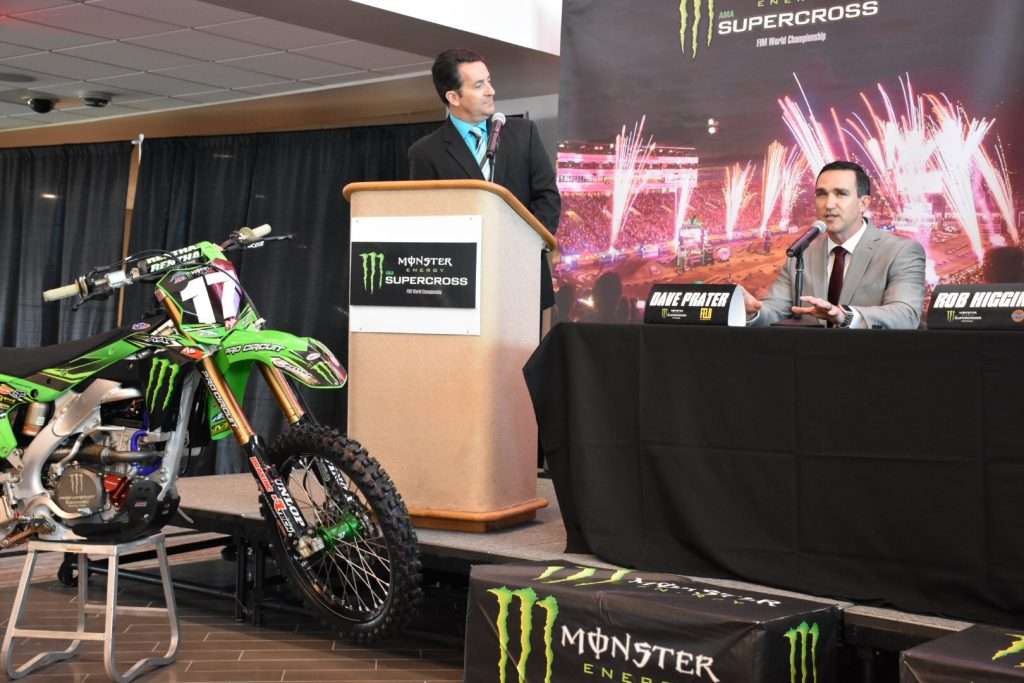 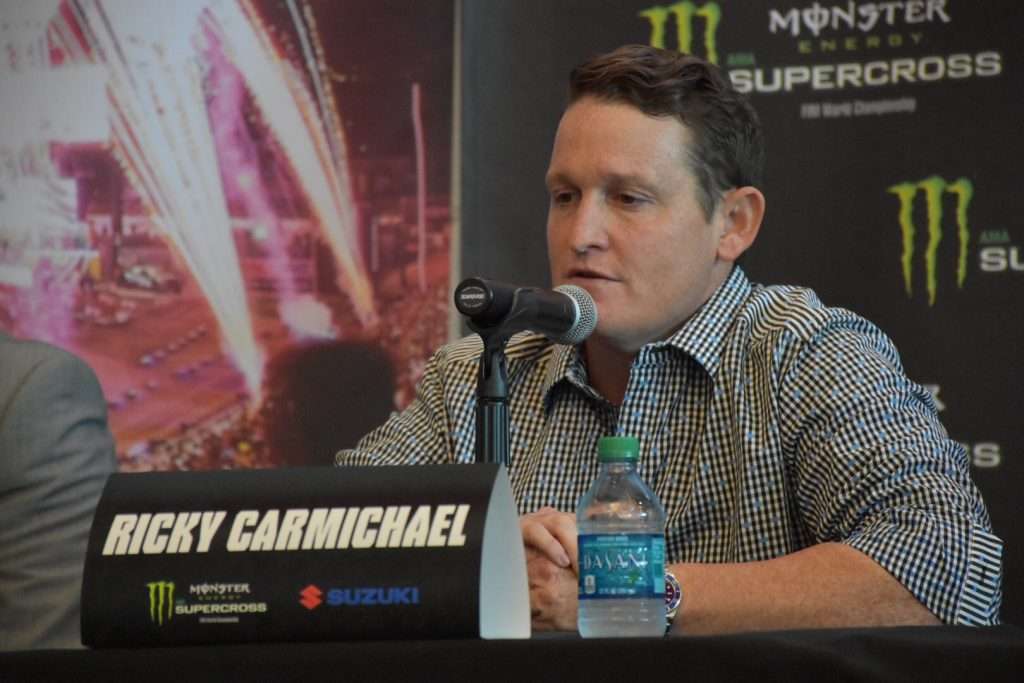 Next, there will be a new qualification process. There will be 2 qualification rounds and a last chance qualifier. This will push the racers to compete more and push them to their limits for each and every race.

There is also going to be a Triple Crown in Anaheim, Atlanta and Minneapolis! These cities will have an Olympic style scoring system that will be put into place for these Triple Crown format racing series! 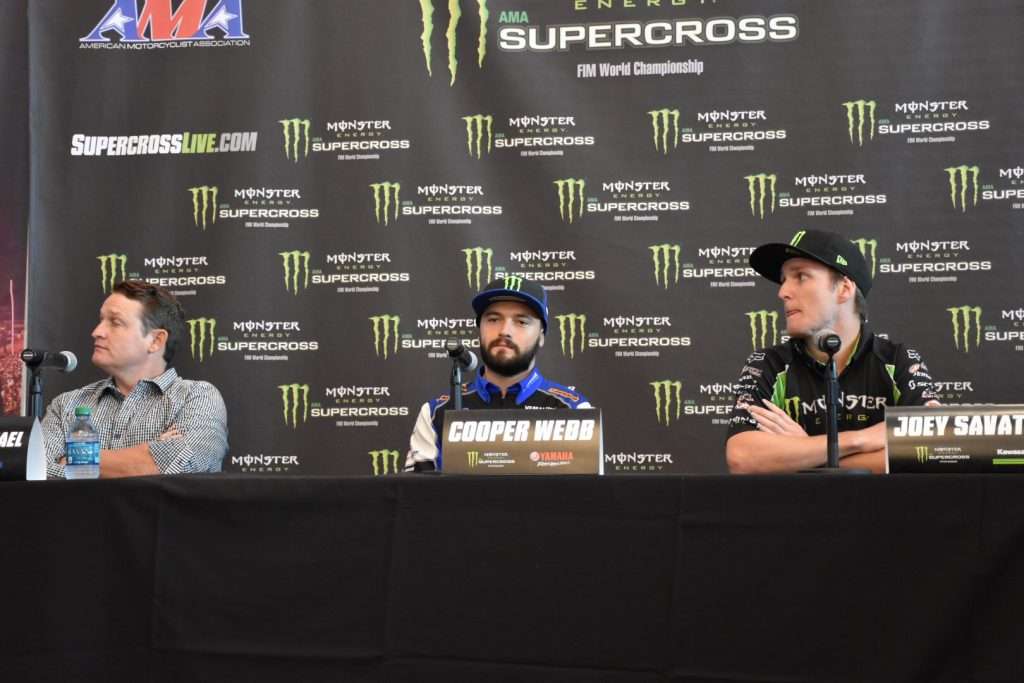 Lastly, there will be the return of Amateur Racing that will be coming to 4 cities allowing for upcoming racers to join in on the racing weekend that will get them more custom to the Supercross racing system. The 4 cities that will host Amateur Racing will be Anaheim, Glendale, Tampa, and Atlanta!

These changes will allow apply for the 2018 season and were a needed change. Dave Prater from FELD Entertainment stated that these new formats and rules “will be a better chance for the fans. These new rules will allow the fans to see the top racers perform in all of the races.”

Ricky Carmichael is extremely excited for the Triple Crown Series! “It’s always fun to see one main event during Supercross, but these Triple Crown series will allow us fans to see 3 main events in one night!” 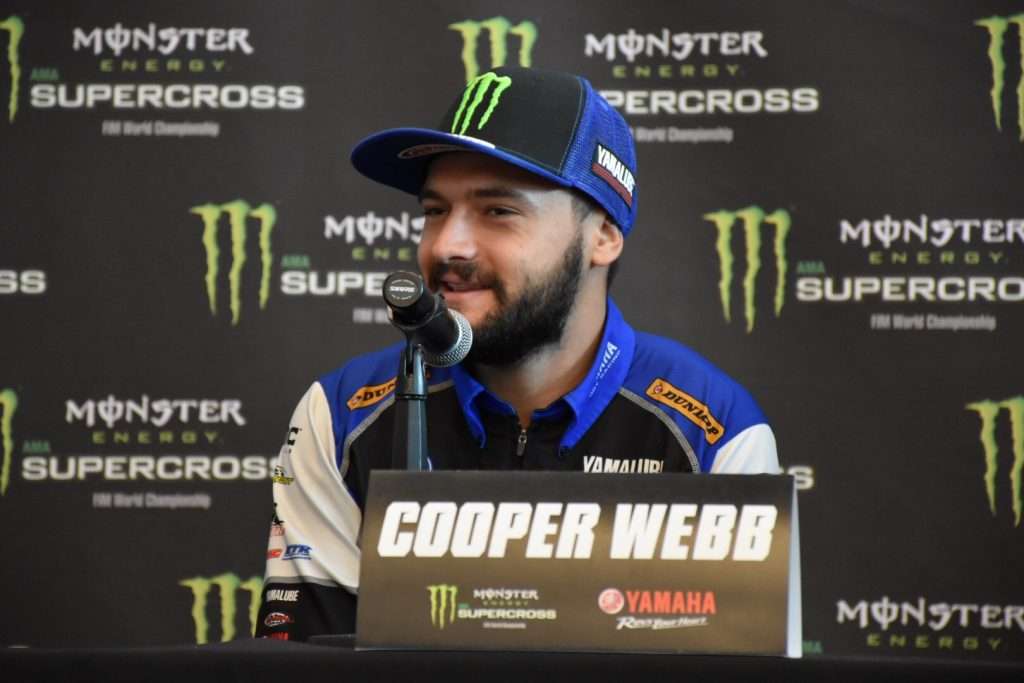 Also there will be a new Supercross video game which will be released on February 13, 2018, a new smart phone application and more coming to the world of Supercross allowing the fans to get more involved into the sport. 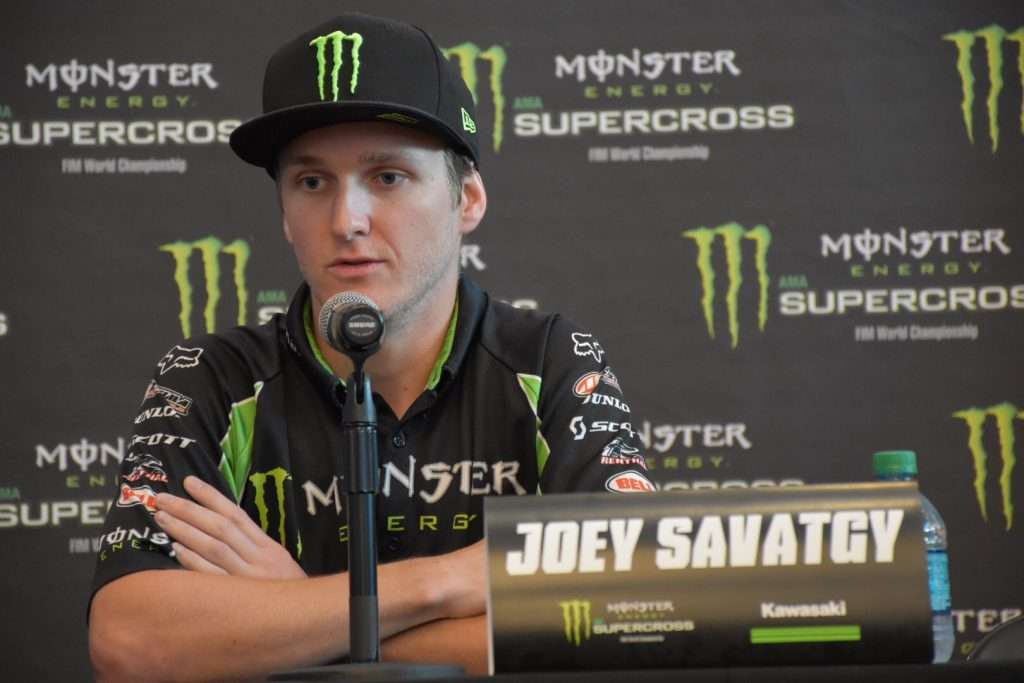 I got the chance to chat with Joey Savatgy about the changes coming to Supercross. “I’m excited about the changes! Change is good. While I was sitting up on the stage listening to all the new changes I got excited!” 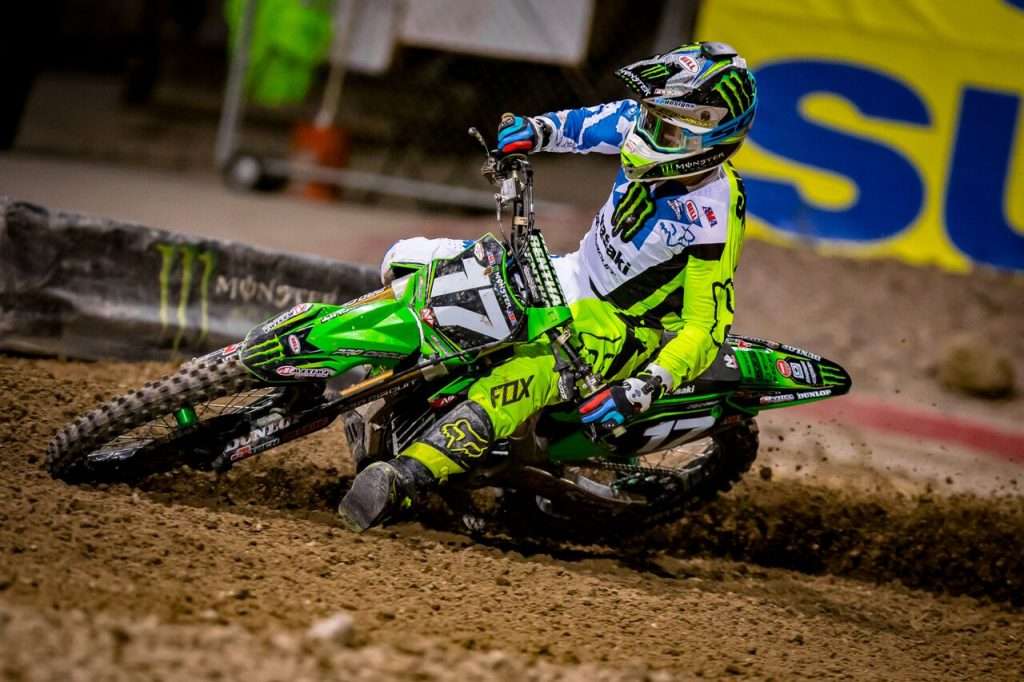 For those who do not know exactly what Supercross is, Supercross is the most competitive and highest-profile off-road motorcycle racing championship in the world today. Featuring innovative track designs and attracting impressive crowds set inside the most recognizable and prestigious stadiums in North America.

This high energy, high paced racing style brings families together to see top-notch performers putting their all in the dirt in some high flying and fast racing! Just like Monster Jam, Supercross also has pit parties.The Pit Party is a family-friendly, festival-like fan event that runs from 12 to 6 p.m. each race day outside the stadium. The Pit Party provides an experiential atmosphere where fans can meet the athletes, get autographs, and experience the racing community up close. 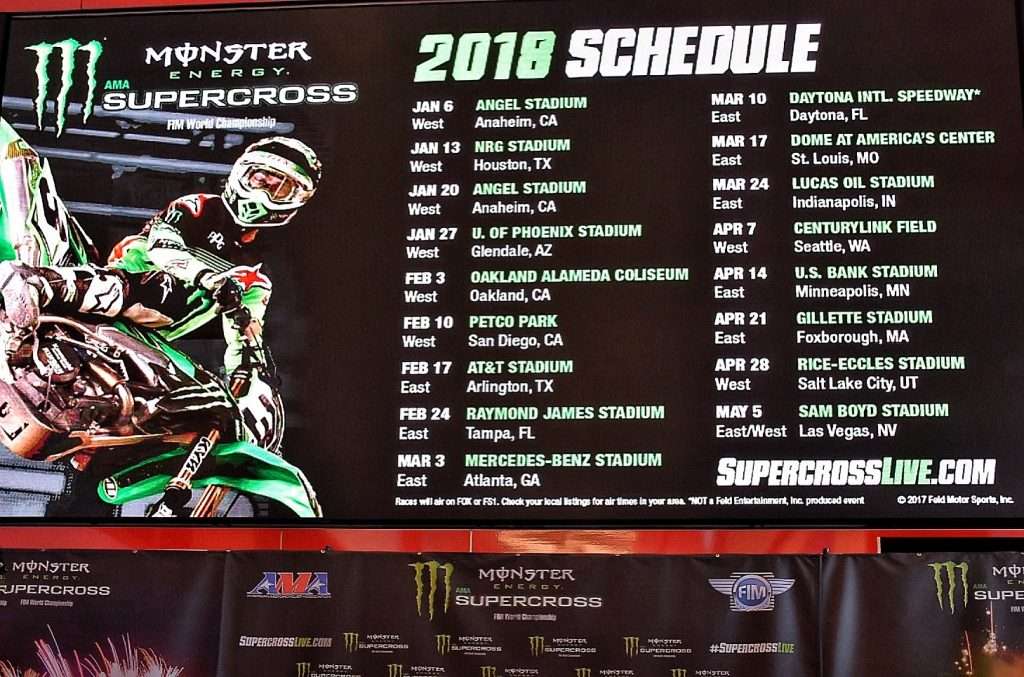 Tickets for every race of the Supercross 2018 season will be on sale tomorrow. To learn more about Supercross and to purchase tickets, check out their website here!